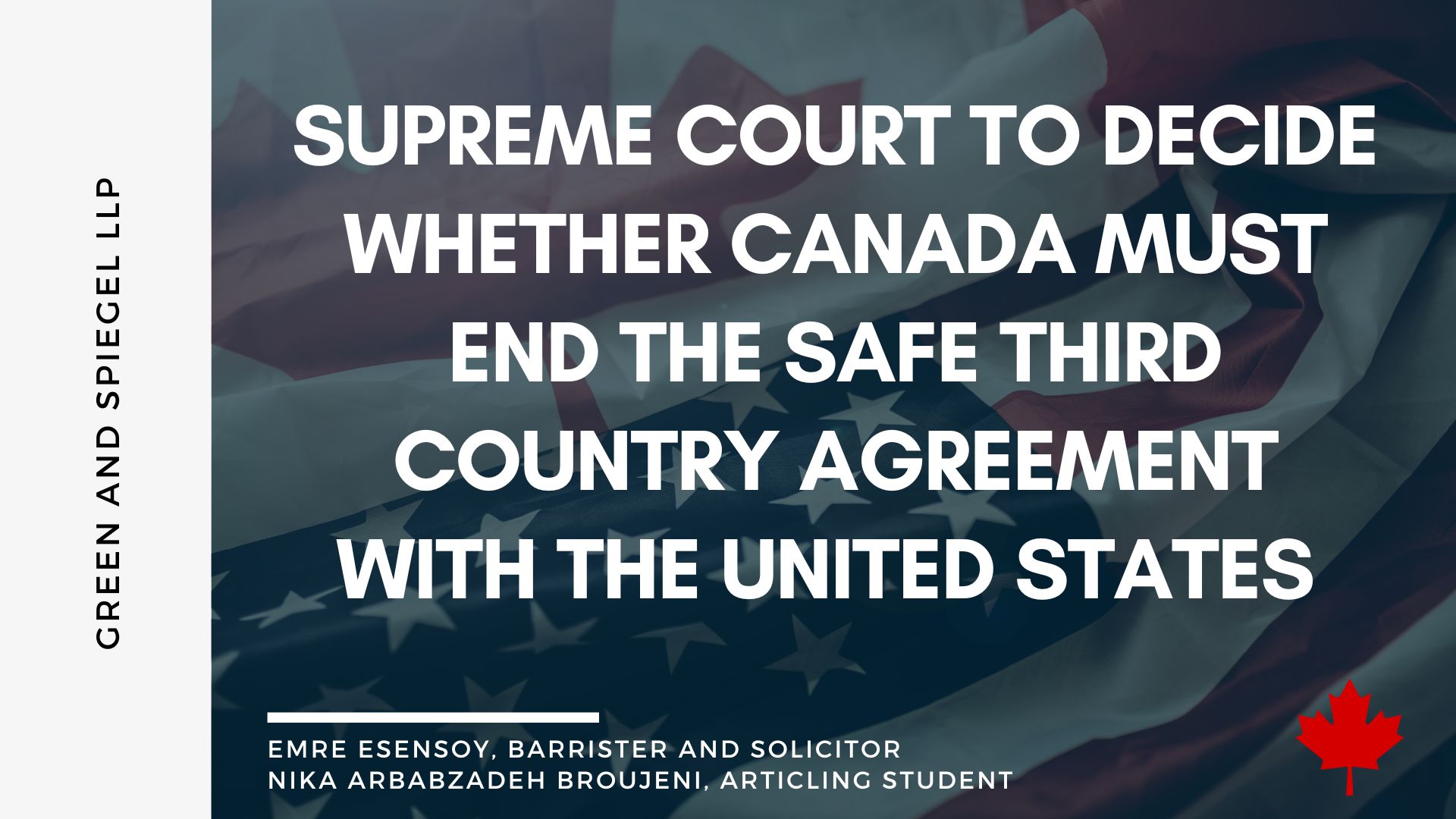 For the past 18 years, most refugees arriving in Canada from the United States were turned back to the US by virtue of the Canada-US Safe Third Country Agreement (STCA). On Thursday, October 6, 2022, the Supreme Court of Canada (SCC) will hear arguments on whether it should strike down this controversial agreement, which has been the subject of criticism by numerous advocacy groups.

The STCA was signed between Canada and the US in December 2002, with the two countries declaring each other as safe third countries for refugees. It came into effect in 2004. As a result, asylum seekers have been required to claim refugee protection in the first safe country, Canada, or the US, where they arrived in. The STCA was entered into on the basis that both Canada and the US afforded a sufficient degree of protection to refugees, making them safe countries for refugee claimants. With limited exceptions, this meant that claimants appearing at a Canada-US land border crossing would be denied entry into Canada and returned to the US.

The STCA was previously challenged in the courts, unsuccessfully, in 2004, but this is the first time that the Supreme Court will decide on the matter. More recently, in 2017, with the introduction of Donald Trump’s anti-refugee policies, the Canadian Council for Refugees, Canadian Council of Churches, and Amnesty International Canada launched another legal challenge at the Federal Court of Canada on behalf of a number of claimants, arguing that the US is not a safe country for refugees. The Federal Court heard evidence from unsuccessful refugee claimants who were returned to the US, only to be imprisoned and held in solitary confinement and in other inhumane conditions.

On July 22, 2020, the Federal Court agreed with the applicants and declared the provisions enacting the STCA unconstitutional on the basis that it infringed the claimants’ right to life, liberty, and security, under section 7 of the Canadian Charter of Rights and Freedoms. In April 2021, the Federal Court of Appeal (FCA) overturned the Federal Court’s decision. The FCA held that the claimants should have challenged the process by which the Canadian government reviews whether the US continues to be a safe country for refugees, not the designation itself. The FCA’s decision was appealed to the highest court in Canada, which agreed to hear the case.

The Supreme Court will hear the appeal from the FCA on October 6, 2022. The Court will decide on whether Canada’s designation of the US as a safe country for refugees is invalid because the preconditions that the US comply with certain international conventions protecting refugees and prohibiting the return of people to places of persecution and torture are not met.

Finding the STCA unconstitutional may mean the government might need to renegotiate the agreement and respond with a constitutionally compliant version. Keeping the STCA would mean many asylum seekers would be forced to have their claims heard in the US, where there are documented barriers to pursuing refugee protection, even under the current administration. Whatever decision the Supreme Court makes after Thursday’s hearing, it will have far-reaching implications for both asylum seekers and Canada’s relations with the US. 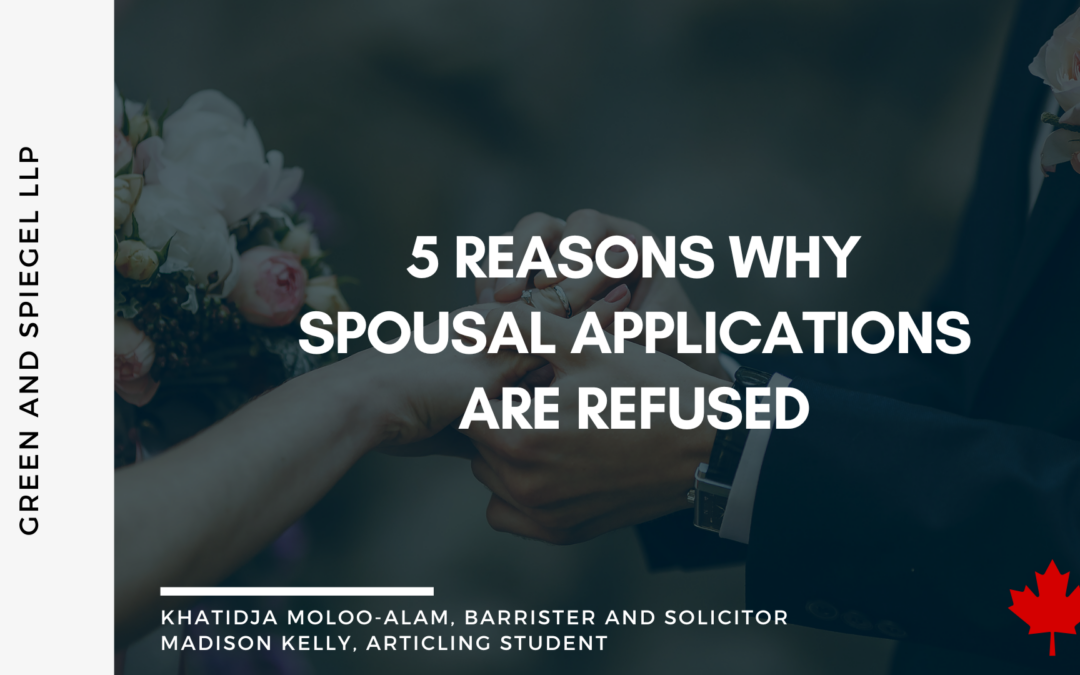 5 Reasons why Spousal Applications are Refused 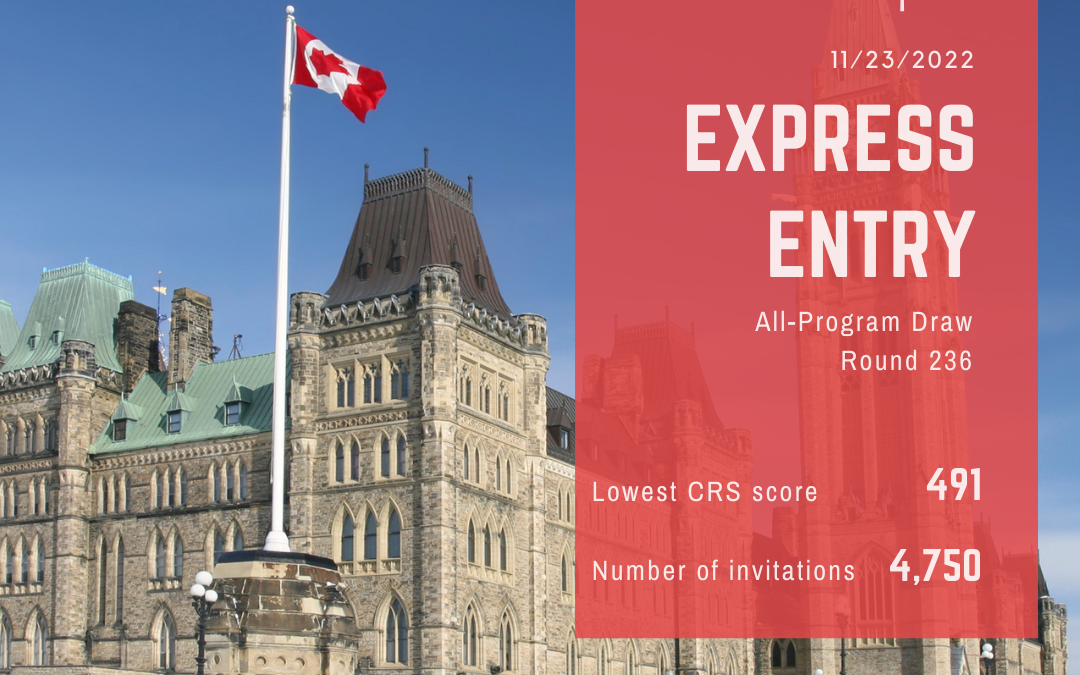 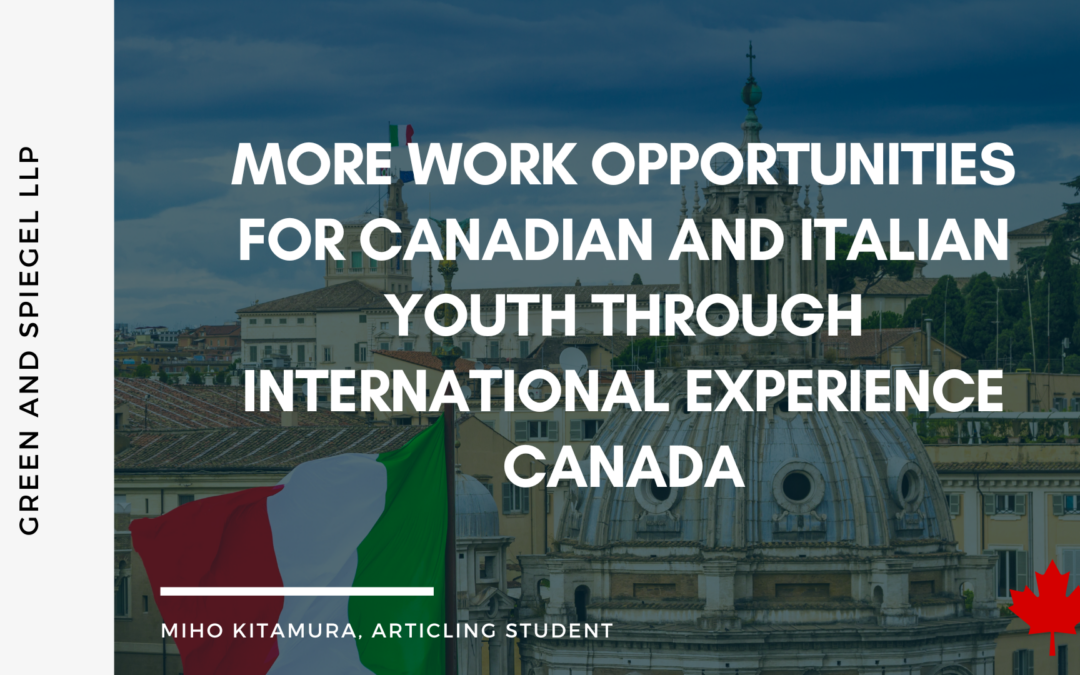